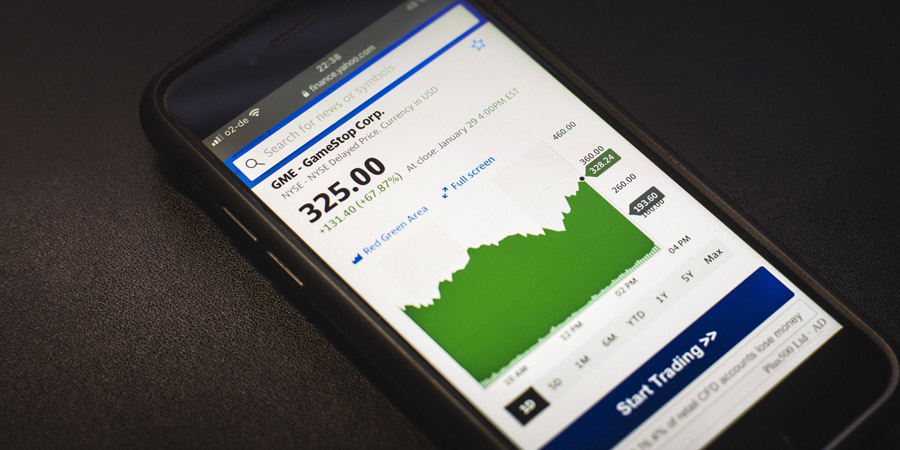 That was until Robinhood abruptly decided to block its investors' access to op trading, causing a price collapse from U$ 500 to U$ 52 in six trading days. The price drop likely hurt tardy individual investors who weren't able to sell their shares quickly enough. In the end, hedge funds weren't heavily affected, but market trepidations were felt all over Wall Street.

These events led to government investigations on social media concerted impact on stock prices and hedge funds' relationship with Robinhood. The trading app raised another U$ 200 million on February 10th, less than two months after it completed its last issuance. Reddit apparently benefited from the short squeeze; its valuation doubled to U$ 6 billion this week. This piece discusses what happened, and what is being done to curtail some of the concerted behavior that shook Wall Street in the past two weeks.

...And thou shalt not short -The wider public generally enjoys praising capitalism, but regularly frowns upon its "excesses"; shorting stocks often come near the top of their list of grievances. Hence, the media ran with the story that everyman's “dumb money"was “beating Wall Street at its own game”. Elon Musk, always ready to present a perspective on each and every topic, could not resist a trip to twitter : "shorting is a scam legal only for vestigial reasons.” No further rationale required, as a full 140-character explanation had been tweeted. He compared shorting to fueling speculation.

Is shorting fueling speculation? In the past, investors had to oblige by the uptick rule, which existed from 1932 (Securities Exchange Act) to 2007. The rule states that one could only short if the stock price was rising. The goal was to avoid investors continually profiting from a bear market. In 2010, the SEC issued a new alternative uptick rule would only apply in the case of a circuit breaker. Data has shown that shorting in general had little impact on volatility, even in a bear market.

Should hedge funds be restrained from shorting stocks? If so, then how would investors who don't own a certain stock act on data that indicates an imminent price drop? Shorting allows investors to mount positions based on their studies and forecasts that increase risk-adjusted expected value to their portfolios.

This is perhaps one of the most democratic aspects of public equity markets: allowing investors without the necessary capital, but with trust in their own research skills, to create wealth by shorting stocks they do not own. This also contributes to boost desperately needed transparency in an already algorithm-led, volatile, and opaque global stock market. Ergo, hedge funds shouldn't be blamed for shorting, as they contribute both to the accuracy and transparency of stock prices. It is also clear that hedge funds use the long-short strategies to seek alpha while keeping Beta at zero.

SEC might get involved - Gen Zers?4 defense of an old brick-and-mortar network of video game shops, largely fueled by nostalgia of the ‘00s, was almost as joyful as watching Melvin Capital lose 53% of its assets live on CNBC". Citadel had to put U$ 2 billion into Melvin after it decided to close its short position in GameStop. Melvin's assets are at U$ 8 billion, down from U$ 12.5 billion in early January. Robinhood, which has ties to Citadel, blocked individual investors from trading GameStop the following day.

This helped lessen GameStop's stock price surge, reducing hedge funds' losses in the process. Robinhood' claimed technicalities, i.e., the urgent need to post collateral in trading of very volatile positions. Whether Robinhood could have managed to keep trading going is unclear at this point.

Senator Warren on the mic - (i) Is it acceptable for social media users to rally others, even with memes, to concertedly move stock prices? (ii) Is it okay for a stock trading platform to block access to a given stock whose price fluctuations may adversely affect their business partners? Both questions merit a deeper analysis. It was clear that rapid access to financial information on social media and webpages such as Reddit's r/WallstreetBets may affect markets adversely. One of SEC's main tasks is to control information conveyed to investors who act in a concerted way to manipulate prices. Senator Warren blames SEC for not setting clear rules.

She stated: “We need an SEC that has clear rules about market manipulation and then has the backbone to get in and enforce those rules, [...] To have a healthy stock market, you've got to have a cop on the Senator Warren' and other politicians on both sides of the aisle believe further inquiry into the matter is called for. Warren suggests Robinhood has a conflict of interest, as it is tied to Citadel Securities.

Who is to blame? - Are markets ready to open this Pandora's box? Should the SEC rule unlawful a call to rally individuals who concertedly manipulated the market? Should Citadel's relationship with Robinhood be examined by the SEC? It is high time for lawyers, legislators, regulators, lobbyists, and policy wonks in Washington to come up with new distinctions and solutions to reduce market manipulation. Large and small investors can all be blamed. In the process, this piece will hopefully help heal American political divisiveness of Democrats vs. Republicans, and now individual investors/geeks/Gen Zers vs. Wall Street hedge funds/millionaires/Boomers...

Bernardo Weaver is a senior finance consultant at the World Bank Group in Washington DC and a finance professor to top investment banks and Hedge Funds in Wall Street. Mr. Weaver also teaches M&A as an adjunct professor at Georgetown McDonough School of Business and at Pepperdine University Graziadio School of Business. Mr. Weaver is a Wharton MBA grad, and holds an LLM from UConn Law, and a law degree from P.U.C.- Rio, in Brazil.

2 Matt Phillips and Taylor Lorenz, “Dumb Money' Is on GameStop, and It's Beating Wall Street at Its Own Game," The New York Times (The New York Times, January 27, 2021), https://www.nytimes.com/2021/01/27/business/gamestop-wall-street-bets.html.